Attention! This is a legacy build of the Mega Man RPG from 2016 and is no longer being maintained. Reported bugs will not be fixed and any progress made here will not be saved. Return to the archive index for more legacy content or play the current version of the game for all the new stuff.
Mega Man RPG World
+
Guest
Welcome, Guest new game | load game
Home About Gallery Database Leaderboard Community Contact
64th Beta Man ♥♣♦2016/01/24 @ 19:38 167,684,436 BP 208 Missions | 38 Robots | 98 Abilities | 134 Stars
Beta ManBeta Man
Beta Man

December already? Alright, let's do this thing. Time to lose the "Man" part for a change!

I joined June 27th, 2014, and I enjoyed the game a LOT. And I still do today. I used to want to climb the leaderboard. But now, I just hang around the community.
I do art requests for Alts and Smash Bros. introductions (It doesn't have to be you), but NEVER full sprite sheets, edits, and artwork editing. Either PM me or tell me in the chat (when I'm there).

THE ALL STAR NUMBERS (ASN)

And my other characters. (ERNs 001-041 and Mage Man not included

Ah, you have arrived!

Now, time for you to see a TRUE All-Star!

We have a problem!

Wahahahaha! Ladies and gentlemen, your attention, please. The name's Wily! The one and only - the brilliant scientist, Dr. Wily! It may seem rather sudden to you, but
I've decided I'd like to take over the world! Ahem! Anyway, to begin... Dr. Light! I'll be taking your precious
robots!! (busts in) Nuhahahaha!! That is to say... Hmm?... What's this? Oh, Bt Man... How would you like to join your brothers Nuhahahahah!

Our friends are in trouble, Beta Man! Quickly, follow me to the lab!

...What insanity! Using my robots to conquer the world...

Beta Man?! (starts thinking) Hmmm... Alright... I understand. I don't like it, but sometimes, such things must be done... I must make the necessary preparations.

Your powers are stronger in dark areas. Along with that, shadow energy also powers you up.

With the looks of your color, you must be a bad robot! Dr. Wily was right!

It may cut me in half, but I will make you good!

Ah ah! Don't run off! Let's have a little fun with my explosives!

Those bombs... Normally, you are careful with them, but now...

You shoulda come the day before yesterday! I had some big boom-booms then!

There's something dangerous up ahead, sir! Oh? Freeze it at all costs, soldier!

Did Wily programmed an alternate personality in you or something?

Orders are orders, so I better get started.

Ah, great, Wily made him crazy! I'll have to knock some sense into him.

Hey, whadja come out here for? Don'tcha have a place near your house for fill-ups?

Too bad it's gonna get all over you once I'm done!

You think you can beat me? How shocking!

Let's make this battle ELECTRIFYING! Heh, see what I did there?

Mmm... to watch my beautiful bolts fly to the top of your head... To hear your delightful shrieks...

It's about time. You are late.

How about YOU try to fight an army in your little maze.

I don't have time to play your games.

Let's just get this over with, you have to come home!

You big idiot! What'll happen to me if I get fired?! I'm gonna take you down with me!

I don't know who you are, but you can't fool me!

Thought for sure that I could... Guess I'll have to take you down.

Well, well, well. Look who we have here.

That color, that power, that voice... Your just a knock-off of me! Was Wily out of ideas?

Knock-off? Ha! I am a perfect copy!

If only I had programmed you differently back then! ...It would have been genius! It's the only mistake I've made in my life!

No, the mistake was thinking you could get away with this. Someone has to stop you, and it shall be me!

Wha... Why you insolent fool! I will crush you with a loud, loud crunch! Behold, my latest creation, the ultimate combat robot, Wily Machine Number 1! Nuhahahahaha!

Forum Game: Snowball Fight: My first Forum Game! Fight each other with snowballs in the Forum version of the classic winter activity!

Backstory Time!: Do you have a character in the Roleplay Community? Does the character have his/her own story that you want to share? Well, this is the thread for you!

The RPG Database: Also for fan-made robot masters, I also have this to display things like weaknesses and such. However, the idea is also used for others, so this is just one of the few.

Robot Master Group Creator: Not all robots have to fight alone! Make your own crew out of MMRPG's current selection of Robot Masters!

"Create" a Mega Man Game!: Do you have ideas for a Mega Man Fan Game? Well, sadly, you can't get the tools for it or anything in this thread, but this thread allows you to showcase any ideas you have for how the game would go.

Dr. Light and Cossack work day and night on the prototype. They plan to recreate data of the past Robot Masters to insert. They find data, but a glitch happened while they're being inserted. They become "bugged" robot masters and roam the Prototype. Dr. Light dubs them the Missing Numbers, or TMN. They can't find them the rest of the time they're working on it to create true robot masters, so they believe the system deleted them. However, that is not the case. In fact, they roam around in- they roam- Dr.- TMN- Missing- system-
Error 101010101-

Be sure to check out my new SmackJeeves Account.

MegaBossMan/MegaBonesMan made me this and finished it on I think 8-10-14:

I asked for Shadow Man.

I don't care, it looks great!

And then this the same day:

And the same day again:

What brings me to suggest this was to represent the mind control. It looks cool.

What do you MEAN he's no longer dead?

It means he's no longer dead.

Well, what do we do with this image?

"When it really comes down to it,...there is no such thing as a "right" or a "wrong", it's just the sense of knowing of how everything happens,.... and why."-ZeroDXZStuff People made for me/my characters that you didn't see yet:

And some random images because why not: 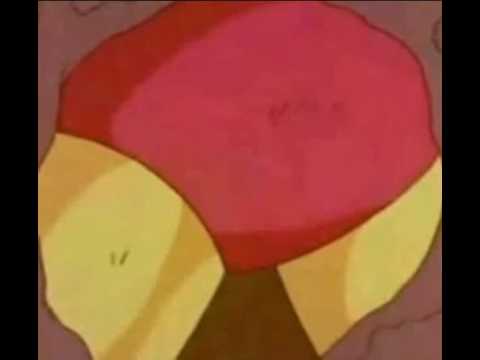 Mega Man and all related names and characters are © Capcom 1986 - 2022.
This game is fan-made by Adrian Marceau, not affiliated or endorsed by Capcom at all, and is in no way official. Any and all feedback is appreciated. :)