Attention! This is a legacy build of the Mega Man RPG from 2019 and is no longer being maintained. Reported bugs will not be fixed and any progress made here will not be saved. Return to the archive index for more legacy content or play the current version of the game for all the new stuff. 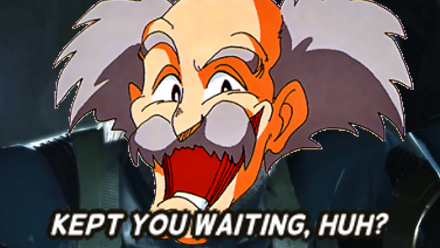 Welcome back everyone, and thanks for taking another look with us. Much like the previous update threads in the past, we’ll be posting all our game updates, news, and patches in this 2020 thread. So without further ado, let’s get started!2020 Game Update #1: Intro Field of Dreams

Some of you might’ve known this has been a long time coming; Dr. Wily and Dr. Cossack’s Intro Fields have been updated to better reflect and personalize their campaigns! Originally, all three doctors all started off on the Intro Field battlefield, all of them having… very very similar houses with varying paint jobs. This was a precautionary decision to avoid haphazardly making massive fields for temporary intro missions, but the team finally felt confident enough to lock down the decision and create custom fields. The Maniacal Hideaway Field is a sight to fear for any Mega Man fan, for here we find Dr. Wily’s Castle glooming in the distance, ominous lightning, decor, and all. The Wintry Forefront Field is a harsh subzero mountainscape located deep within the heart of another land, with its architectural tour de force being Dr. Cossack’s famous fortified Cossack Citadel. The prominent aspects of these stages is the vintage castle pixelart used from their original titles, but worth noting is the animation work that was required to bring these stages to life; the Maniacal Hideaway stage, for example, required an astounding 50 frames of animation!!! As mentioned prior, the Maniacal Hideaway and Wintry Forefront Fields will serve as the new Intro Fields for Dr. Wily and Dr. Cossack respectively. Along with this, some naming and music selections have been updated as well:

- Dr. Light’s Intro Field has been renamed to ‘Gentle Countryside’ to fit in line with the other naming conventions.
- Gentle Countryside now uses the MM3 Fortress Theme (Stage 3) instead of MM1’s Boss Track.
- Maniacal Hideaway now uses the MM4 Wily Fortress (Stage 1) theme instead of MM2’s Boss Track.
- Wintry Forefront now uses the MM4 Cossack Fortress (Stage 1) theme instead of MM4’s Boss Track.
- However, the Boss Tracks didn’t go to waste! When fighting a Robot Master stage, the Mecha Battle will play the traditional Robot Master theme. However, when facing the leading Robot Master, the Boss Track of their respective game will play. Quite fitting for boss music, ‘ey?
- The Chapter 4 Fusion Missions follow this same logic as well. Instead of their boss theme however, the track that plays is the grungy Mega Man 8 Midboss theme regardless of what campaign.
- As an obvious bonus, Maniacal Hideaway and Wintry Forefront can be selected as a profile background just like other unlocked fields.

I know it’s been a while, but we hope you’ve enjoyed the new visual and audio variety present for the graceful beginnings of our campaigns! Stay tuned, enjoy, and thanks for playing!To keep up with updates as they happen, please take a glance at our Github commits page from time to time; we can't necessarily update everyone about every change, but every change is indeed labeled in this log for you to stay updated on.

« Back to Home | Mega Man and all related names and characters are © Capcom 1986 - 2022. | Contact & Feedback | Data API
This game is fan-made by Adrian Marceau, not affiliated or endorsed by Capcom at all, and is in no way official. Any and all feedback is appreciated. :)